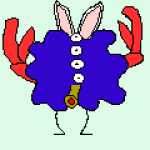 DRESDEN, Germany (AP) - Police in the German city of Dresden said Monday that 185 of their officers were hurt in clashes with fans celebrating third-tier soccer club Dynamo Dresden being promoted.

Large numbers of fans gathered near Dynamo's stadium on Sunday as the team won 4-0 against Türkgücü Munich to secure promotion to the second division for next season. As it became clear Dynamo was going to win, fans began to confront police and throw projectiles.

Of those, 11 were hospitalized and six remained in hospital as of Monday afternoon. Police are investigating offenses including assault on public officials, causing bodily harm and pyrotechnic use, as well as 103 breaches of restrictions related to the coronavirus pandemic.

Police said they detained and later released 40 men aged between 18 and 69.

The local fire service declared a mass casualty incident because of the violence and provided medical treatment to 44 people, with most of those hospitalized, the dpa news agency reported.